Bob Pehrson became a Seed Advisor in 2005 with Golden Harvest® products and has continued with the ever-expanding Syngenta® line of products.  As a Syngenta® Seed Advisor the opportunity to expand in 2011 by adding seed treatment to the full line of services for his customers and other farmers in the region was a natural progression for Bob Pehrson Seeds. 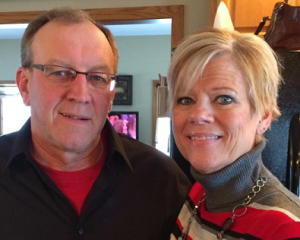 In 2010 when farming operations began to change and the usefulness of having an onsite seed tender became obvious, Bob decided that he should find a way to provide a local source for Strobel equipment.  Bob now has years of experience working with Strobel and has more than 25 happy customers using this product line in their farming operations.

Bob Pehrson Seeds is part of a long-standing farm operation located in rural Dawson, Minnesota.  Bob Pehrson has always lived in rural Dawson, Minnesota which is in west central Minnesota not far from the South Dakota border.  Bob and his brother were part of an active farm life as young boys working the farm with their parents Elmer and Dawn Pehrson.  In 1975 Bob married his high school sweetheart Sandy, raising four beautiful daughters on their current farm place which is

located six miles south and slightly more than one mile east of Dawson, Minnesota.  Currently Bob and Sandy are the proud grandparents of six grandchildren that spend countless hours with grandpa and grandma on their farm learning about the joys and rewards of working with the land.  The Pehrson family is fortunate to have their children, grandchildren and other family living in close proximity to their farmplace with daughter Allison’s family in Milbank, South Dakota; Mandy’s family in rural Clarkfield, Minnesota; daughter Chelsea in Dawson; as well as the youngest daughter Maggie’s family also living in Dawson, Minnesota.

When talking about his business, Bob Pehrson says:

“The best part about being a Syngenta® Seed Advisor is helping farmers make better choices in their corn and soybean hybrid selections. Offering tender products and treatment options is just a another way for my business to help farmers be successful.” 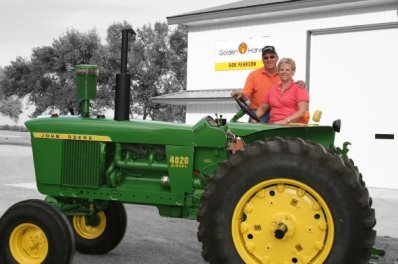